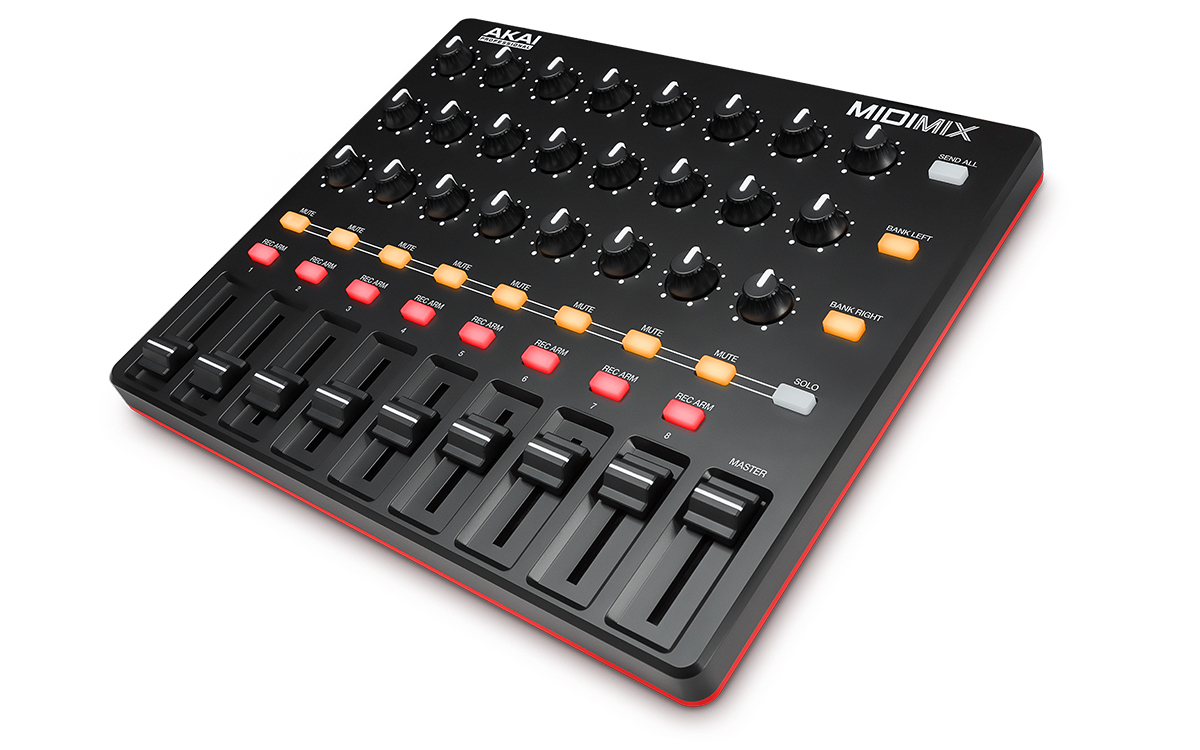 In this post, we’d like to share a little bit about our experience of mastering our new album, Lie, using Propellerhead Reason 8, the digital audio workstation we use exclusively for our recording, mixing and mastering.

In this instance we built on our experience of our previous album, Ground, which was made with Reason 7. We think we did a pretty good job of mastering that album, but there is always more to learn and each album is different so we went back to the drawing board. The main thing we wanted to achieve was making it slightly ‘louder’ without sacrificing dynamics. We feel the “loudness wars” have been very destructive to both the quality of sound and to the enjoyment of music so we were clear that we weren’t going to go down that path. But at the same time we wanted the sound to be punchy and still sound competitive next to other tracks. This was no mean feat and to be honest, it took a lot of work. We spent more than a month on the mastering process – learning, experimenting, listening, retrying – before we got it right. Now a month or more seems like an eternity when you really want to get your work ‘out there’ but patience pays off. We spent more than a year working on the material so it would have been silly to spoil it by rushing the final process.

There is a very interesting article here which demonstrates the ‘loudness’ of some classic albums and which we found helpful in establishing a benchmark.

We have to gratefully acknowledge the help of one person – who is unaware of how much he has helped us and probably countless other people: a YouTuber by the name of Ras Cricket whose instructive video on mastering gave us a great deal of very useful advice. It is well worth checking it out:

We took a great deal of his advice and suggestions for rack extensions on board and together with other material we’d read and our own experimenting arrived at the mastering rack illustrated below. But before we show that, an observation: a lot of the time mastering is presented as this magical dark art which mere mortals cannot, to be glib, ‘master’. This is nonsense. To this end, some companies provide either budget mastering ‘solutions’ or worse, supposedly ‘automated’ mastering. One company in particular is guilty of providing a “service” whereby you upload your files and some algorithm runs and they’re magically ‘mastered’. We tried this early on and to be quite frank, the results were horrible. Similarly the “Mastering for only $99” services aren’t going to spend the time on your tracks that they need and really, only resort to this if you absolutely have no clue what you’re doing and don’t have the time or inclination to learn. The fact of the matter is that there is a wealth of information online and this isn’t magic. Mastering is a skill that can in fact be mastered.

Here is our mastering suite:

It is made up of the following components:

We must say at this point that we aren’t providing a tutorial here ourselves, only talking about our own experience. We also only master for CD and Digital, since we’re not planing a vinyl release at this stage. If we do, that will be a whole different ballgame. As far as tutorials go, there are so many people online who do it better and there is no point in reinventing the wheel.

The best non-technical advice is that in mastering you should attempt to do as little as possible. Mastering isn’t a way of ‘fixing’ mistakes made in the mixing process (mixing is a whole different discussion) any more than mixing is the place to fix mistakes made in the performances. It is always best to fix mistakes at the source. In the same way that it is always better to just play the part again, better, than trying to fix bad notes or out of tune instruments during mixing, it is always better to go back to the mixing to deal with clashing frequencies, sibilances, distortions, etc. Mastering is only about adding a bit of gloss and polish to an otherwise immaculate product and making sure it complies with technical specifications of the medium.

So, what’s going on in our rack? Firstly, we deleted all effects going to the desk. These just got in the way. We did however use the SSL’s in-built EQ to make some minor adjustments to some of the tracks in order to harmonise the tone of the album throughout. Because the adjustments required were only minor and subtle, we didn’t need to install a sophisticated rack extension EQ, however for some projects might be a good idea. It is important that the tracks on an album feel tonally unified.

Once we imported the tracks (exported from the final mix as stereo .wav files at 24-bit/96kHz, making sure there was no clipping at all) we put each one in track order on a separate stereo track. On some channels we used a Selig Leveler to adjust the gain curve and then the main channel slider to adjust the relative volume. There are two things to balance here, in conjunction with the mixing process: (1) the volume of the vocals should be consistent throughout, allowing for dynamics like shouting or whispering, so that the vocalist sounds like they’re singing in the same venue and with the same microphone; and (b) the overall volume of the tracks should be similarly consistent. “Consistent” in this sense doesn’t mean the same. For example, the transition between track 5 and 6 (Superman in the Silence and Fight) required Fight to be considerably softer because it was a transition between a full orchestral backing and a simple acoustic guitar and so would have sounded odd if they’ve both been ‘maximised’. 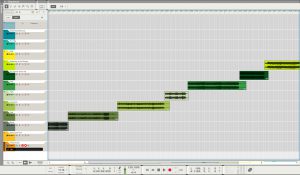 As you can see, each track follows the next so that the relative volumes can be set. It is also here that we set the gaps between the tracks ranging from none to a few seconds.  You will also note that apart from the curve and the relative volume, we’re not making any other adjustments on a track level. If the mixing has been done right, all the tracks should be able to be mastered through the single ‘master’ mastering rack.

A final word on track sequencing: it is important to make sure the tone is consistent throughout so that all the tracks sound like they’re from the same album. What can be quite useful in this regard is using a reference track from a commercial CD you admire and which is similar in tone to your project.

Finally, we then exported the entire 45 minutes track at CD resolution (16-bit/44.1kHz) as a single .wav file.  We created our CD Master with Sony’s CD Architect (which they have now sold to Magix) which allows you to set these gaps, add CD-text, and the ISRC numbers. It is pointless exporting the audio at higher resolution than CD because it won’t add any value when the CD is created.

Mastering takes a lot of A/B switching between both one’s own track and the reference track(s) as well as between the track ‘mastered’ and on bypass to check if one is really improving the sound. This is where the patience aspect is important. As often as not, on sober reflection, once concludes that an series of adjustments have not improved matters and as loathe as one is to throw out the work, it is important to do so. What is important is now how much time was spent, but what the ears hear. That is all that counts. It is worth saying that it is as important to listen to your ears as much as listening with your ears! If you start feeling fatigued too early, this may be a sign that your master lack dynamics and ‘air’.

Lastly, another thing we learned through experience. Headphones are great for listening closely for details, concentrating on the stereo image and getting the sound into the ballpark, but it is best to mix on flat-response monitors. A the moment we have some M-Audio AV-40s – which are fairly entry level, but get the job done. But that’s just a start. We then play the draft mix on a nice HiFi, on the car stereo, on an iPod through in-ear headphones, on friends’ systems, on a laptop, off CD, as an MP3, or a digital stream, and anywhere and anyway else we can think of to see how it acquits itself – because it is impossible to predict how an audience will hear it once it has left the studio. Also shuffle it with other commercial songs to see how it fits in or stands out (in either a good or a bad way).

We hope this account of our experience has been of some help or value and we hope you have an opportunity to listen to our album, which is on Bandcamp, Spotify, iTunes or Amazon. We’re always happy to answer any questions about our production process.